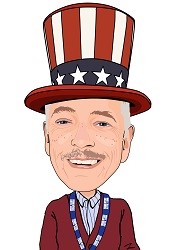 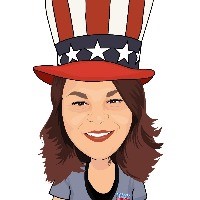 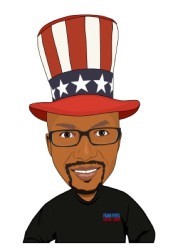 Will Hall
Ambassador of Smiles 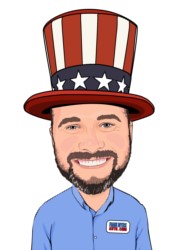 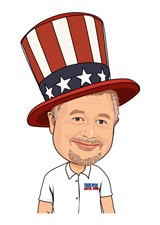 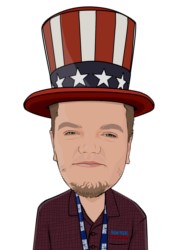 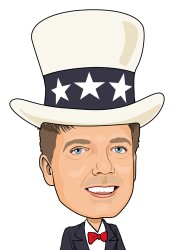 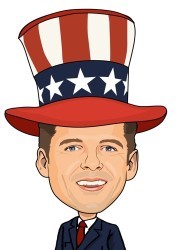 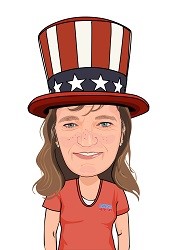 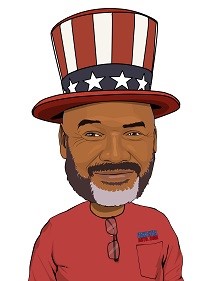 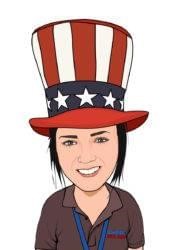 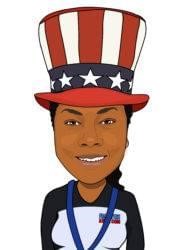 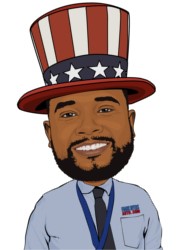 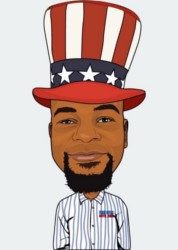 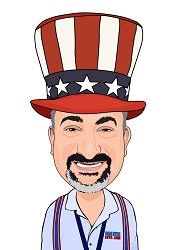 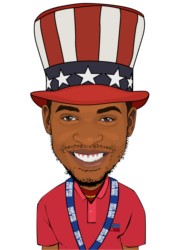 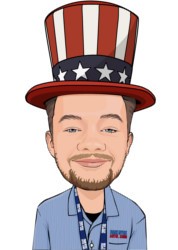 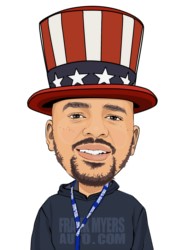 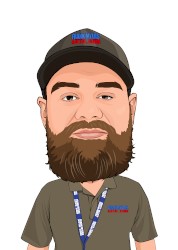 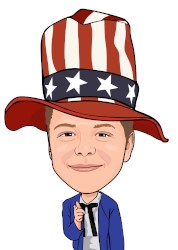 
Controller Of All Things Green

So Who Is Uncle Frank?

Uncle Frank is a great man. He is as wise as he is old. He has a southern charm about him that makes him a gentleman’s gentleman and a man of honor. He has more business savvy on his worst day than any high falootin’ Wall Street lawyer has on his very best day. He operates with only two words in his business vocabulary: honesty and integrity. He doesn’t know doing business any other way. You’d better hope you don’t either or he’ll sure call you out on it.

Like most brilliant entrepreneurs, he is crazy – ‘crazy like a fox’, that is. Uncle Frank is so smart that his mind never stops working. Because of that his thoughts don’t either, so sometimes they get to his mouth before they’ve been fully processed by his brain. Translated, that means that he is brutally honest. He says all the things most people think, but don’t have the courage or ability to say. When it comes to being politically correct, Uncle Frank just ain’t your kinda guy. Thank goodness! That’s what makes him so unique in today’s politically correct “yes man” world.

He is an All-American guy. He is red, white and blue to the core and no one is more proud to be an American than he is. He loves God, his family and his country. He appreciates the men and women of the United States Military, and I’ve even seen his eyes well up with tears as he’s heard the Star Spangled Banner at a ball game as he takes his hat off and places his hand over his heart.

Uncle Frank believes in democracy, a free-market economy and capitalism at its best. He is a staunch conservative in his business principles as well as his personal ideals. He believes in getting more with less and making customers more than just customers – they are his friends. Uncle Frank doesn’t just talk about family values – he lives them.

There has never been a man, short of the Lord Jesus Christ, who has loved me more or taught me more about business and about life than Uncle Frank. I think you will find his pearls of wit and wisdom to be not only true, but most helpful if you will just apply them to your daily life. Reading them is easy, applying them takes effort.

Uncle Frank is solid, as hard as a rock. He’s worked for everything he’s ever gotten and he expects everyone else to do the same. He doesn’t mind helping people who can’t help themselves, but he’s not for helping anyone who can help themselves but won’t.

Uncle Frank can be like a huge grizzly bear if you mess with his God, family, country or customers, but deep down inside, he is a big lovable teddy bear – one who might even shed a tear every now and then.

He is the epitome of John Wayne, Will Rogers, Lee Iacocca, Charlton Heston, Sam Walton, Jerry Clower and Zig Ziglar all rolled into one, but he is no man’s fool – not for one minute. You just cross him and you will find out.

He’s also a little like a southern gentleman’s version of Donald Trump in that he’s street-smart, has business savvy, knows what he wants and goes after it full speed ahead. He doesn’t make excuses and he lets nothing get in his way of doing what he thinks is right.

Uncle Frank is a little bit of everything and a whole lot of something – something special and unique, that is – a dying breed of American men that just don’t exist in today’s business world again. They just don’t make men like that anymore – those who say what they mean and mean what they say. When he makes a business deal with you and shakes hands on it, you can take it to the bank. His word is his bond and it’s as strong as any 100-year-old oak you can find.

When Uncle Frank considers you a friend, he is your friend in good times and in bad times. As a matter of fact, he may even grow closer to you in the bad times because he knows that’s when you need him the most.

He believes in making a good living, but believes he can make money without robbing you of yours. He will give you the best deal he’s got. He genuinely wants you both to be happy with your business transaction at the end of the day.

Uncle Frank loves wheelin’ and dealin’ in and of itself. The profit never really matters to him. Sometimes he is even willing to take a loss. He just loves the ‘chase’ – the ‘sell’. It doesn’t even matter what he’s selling as long as he’s selling. He loves it that much. So much in fact, that he’d just as soon trade for a mule as a Rolex.

It is my hope that as you read along in this book, you will take in all the Uncle “Frank-isms” you can, so that you can benefit from his years of experience and knowledge too. I don’t want to be selfish and keep him all to myself; I want to share him with the world.

Why would I want you to beat your head against a wall all day long trying to figure out the meaning of life, how to motivate your employees, treat your customers or increase your sales when I can simply tell you what Uncle Frank has taught me all these years? It will save you lots of energy and effort.

If you learn just one half of all that I have learned from what Uncle Frank ‘sez’, you’ll be feelin’ mighty fine and on your way to greater successes now and in the future than at any other time in your life.

Family: My wife, Lorna and my kids Presley and Maddie.

Favorite Books: The Bible, Think & Grow Rich, The Greatest Salesman In The World, The Dark Is Rising Series, Catcher In The Rye

Favorite Bands: I like so many different genes of music so there’s a lot to name but Kiss, Adam Ant, Frank Sinatra, The Monkees and The Who would be in my top 5 of all time.

Favorite Lunch: Lunch? Who has time for lunch?

Favorite Quote: “It’s kind of fun to do the impossible.” – Walt Disney

Family: My wife and I have a grown son and a beautiful granddaughter.”
Nicknames: Red
Birthday: December 6
Birthplace: In a van, down by the river.
Last Books Read: “The Traveler’s Gift” by Andy Andrews
Favorite Book: “The Bible”
Favorite Musician: “A little Elvis never hurt anybody.”
Favorite Movie: “I don’t watch a lot of movies but I would have to say Bambi or Where The Red Fern Grows.”
Favorite Vacation Spot: “Somewhere on a houseboat or a deer stand and I’m good!”
Best Automobile Advice: “If you don’t like it, I wouldn’t expect you to pay fifty cents for it!”
Favorite Lunch: “Deer meat, collard greens and taters. Wash it down with some sweet tea.”
Favorite Websites: FrankMyersAuto.com and Craigslist.com
Favorite Quote: “Herd ‘em in and herd ‘em out!” – Keith Bowman
Favorite Sport Team: “Is deer hunting considered a sport?”
Favorite Car: “Car? Who wants a car. I drive trucks!”
Frank Myers Auto Maxx Team Member Since: June 22 of 2008

A Bit About Me:
“My name is Keith Bowman. I’m the Head Honcho and Spiritual Advisor here at Frank Myers Auto Maxx. I understand that most people hate buying a used car in Winston-Salem (or anywhere else in the Triad). It’s a fact. But would you be surprised to find out that buying a car can actually be dangerous?

It’s true. Some unruly car dealers have actually held customers “hostage” at their dealership. Here’s how it works: First you hand your keys to the salesperson to have your car appraised. Then you go on a test drive.

When you come back after your test drive you begin haggling over the price of the car. Then the salesperson starts pressuring you to buy the car. You decide you’ve had enough and stand up to leave. Then you realize…they still have your keys.

Next thing you know, the salesperson plays dumb and can’t find your keys. Now you’re stuck there and the pressure to buy a car remains.

This isn’t fun. And it isn’t fair. You deserve better than this. You deserve to be treated with kindness and consideration. And if you have an embarrassing credit problem or owe too much on your trade in, a professional car dealer will help you solve those problems – not try to sweep them under the rug and bully you into a car you don’t want.

At Frank Myers Auto, we dedicate ourselves to helping good people – like you – overcome their transportation challenges and find the right vehicle for your family – not the vehicle we want to sell you.

I believe in helping you make buying a car fast, easy and fun.

And when you buy a Certified used car at Frank Myers Auto, you’ll be rewarded with a FREE Lifetime Warranty and our Iron-Clad Money Back Guarantee.

So call or come in today! It will be the most enjoyable car buying experience ever – I personally guarantee it.” 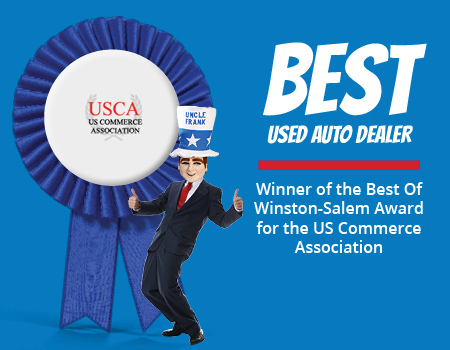