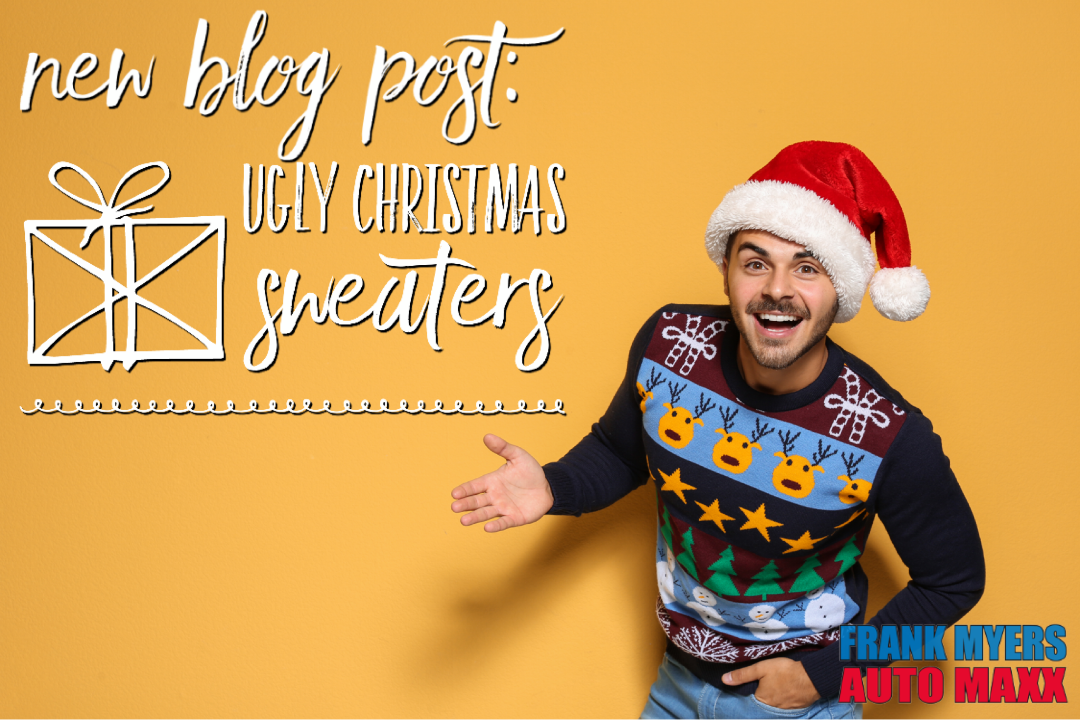 The ugly Christmas sweater has become a familiar feature of the holiday season, just like grumbling about Black Friday or wrestling with the Christmas lights.  These tacky garments are now being re-appropriated from your grandpas closet.  Telltale signs of the ugly sweater are liberal use of red and green, comically large depictions of snowmen, reindeer, and Christmas trees, and any sort of pom-pom or felt applique. But have you ever wondered what started this peculiar trend? Even high-fashion retailers have now included their own version of the ugly Christmas sweater. Lets discuss where it all begun.

Though the sweater as a garmet has existed in the United States since the late 19th century, ugly sweaters seemingly came to prominence in the 1980s because they were often featured in situation comedies. They were mostly cardigans, buttoned down the front. The Christmas theme entered around the same time, with the first mass-produced Christmas garments being made under the name of "jingle bell sweaters" during the 1980's as well. Then in 1989 Chevy Chase added his own Fair Isle twist to the theme, as Clark Griswold in National Lampoon’s Christmas Vacation movie. It wasn’t long before ugly Christmas sweaters became a favorite holiday apparel item.

Let’s Get This Party Started

Just when it seemed the tacky sweater might die out in the 1990's, they saw a resurgence because two guys in Canada came up with the idea to have the very first tacky holiday sweater party. The party was a smash hit, and soon similar events were showing up all over the Northern Hemisphere. Ugly sweater parties went from small gatherings to massive events which were often held in support of charity.

Celebrities and Haute Couture Find It in 2010’s

Early in the decade, various fashion designers released Christmas sweater collections based on the ugly ones. Soon, retail stores picked up on the trend and nowadays you can buy them brand new instead of scavenging in thrift stores and inherited wardrobes.

Celebrities, TV stars and even politicians jumped on board with the trend and turned it into a common Christmas sight.

What is it about the ugly sweater that we love so much? Is it simply a sarcastic take on holiday excess? Does the goofiness of everyone’s outfits help people let their guard down? All we know for sure is that the ugly sweater is as popular as ever. So pull out the corniest gift your grandma made for you and don’t be that guy at the holiday party.

Frank Myers Auto Named Best Of The Best In Triad